Email or Call Us for a Free Quote or Advice.

Roofing and shingling is a process whereby tiles are laid partially overlapping in an ascending manner up and along rooftops. This is done as much for style as it is for structural and architectural soundness.

Roofing and shingle installation is a particular occupation that specializes in roof repair and coverings. This job entails making sure that roofs are attractive as well as providing protection from the elements and increment weather.

The particular conditions wherein these specialized tradesmen and women perform roofing and shingles are met with certain building and fire codes and architectural standards of the countries, states, cities, or provinces in which the job is done.

Further, learning roofing and shingling, like the trade work of electricians and plumbers, requires particular knowledge and skills that must be conducted and completed correctly, otherwise the roofs could pose a hazard to those living in the house.

Patching up holes and cracked wood before appropriately covering the roof securely with shingle tiles is one example of this.

Materials used for roofing and shingles vary, but everything used is sturdy and safe architecturally and health-wise.

Shingles used to be made of wood, but due to growing fire and structural hazard concerns, this material is rarely or seldom considered; instead, bitumen-soaked paper covered with aggregate (asphalt) or ceramic shingles are now used for their safer and more visually appealing nature.

Such a procedure would be deemed less secure (as it is more difficult to nail through multiple asphalt shingle tiles), and the appearance looks awkward. For ceramic (and occasionally with the asphalt), a heavy-bonding tar or paste is sometimes used to attach the tiles to the roof.

The shingle tiles are laid in a row along the bottom edge of the roof, and each ascending row, as said, overlaps the one beneath it by about half a length of the tile. The top edge of the roof is then capped.

Roofing slates, also call “slate shingles,” are also used in roofing and shingles, and are applied the same way. Because of the heavy consistency of slate, it’s unlikely that nails or tacks are used; instead, paste or tar seems the better choice for a bonding method.

Roofing and shingles is a meticulous and time-consuming process that must be carefully done for a roof to acquire that architectural appeal. Not only should know-how be necessary, but careful movement and stepping are a definite requirement as well.

How to Choose the Best Roofing Company 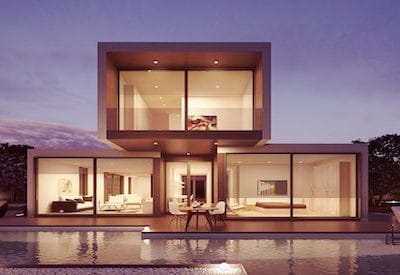 How to Hire A Barrie Roofer